One of the funniest memes I’ve seen online was this one: 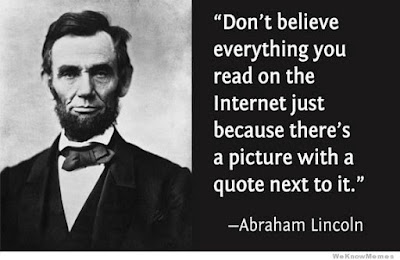 While it’s funny, it also reveals something pretty annoying about modern culture – people are increasingly getting their news from memes and headlines.

Context be damned – if you read a headline that seems a little off, well let the outrage commence!

It happens more often than you think.  Perhaps one of the most egregious examples of recent times was this one: 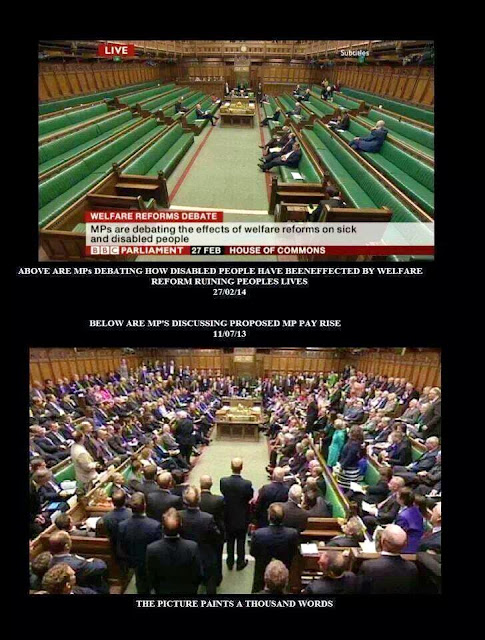 The message is clear – politicians are self-interested and couldn’t care less about disabled people having their benefits cut, but boy-oh-boy do they care about their own pay.

The only problem?  It was a fake.

Isabel Hardman is a journalist with The Spectator magazine2 and often works in the British Houses of Parliament.  She actually recognised the image and found out that it wasn’t from a debate about politicians pay – it was from Prime Minister's Question Time (where every member is basically required to attend).

Also, the top image in that meme is, apparently, from the ‘end’ of the debate on welfare reforms for disabled persons.  This debate had gone on several hours.  Apparently at the beginning of the debate, the chamber was packed.

But none of that matters because people will already have made up their mind.  Will the millions of people who shared the fraudulent image with a sense of smug anarchy ever learn they participated in a lie?  Probably not.

And, to me, this is the biggest danger of fake news.  It’s people who respond to only what other people tell them, rather than going out and investigating it for themselves.

You see, it’s far easier to be angry and lazy, than investigative and not-so-lazy.

I should say, that I’ve been guilty of this too.  Just after the recent US Presidential election, a meme went around purporting to be a quote from C.S Lewis’s book: The Screwtape Letters

It was a quote that basically summarised the ineptitude and fruitlessness of arguing about politics.  It was quite compelling.  So, off I went and shared it on my Facebook feed.

What a fool I was!3  Within 24 hours a friend of mine gently pointed out that it was a fake quote.  Someone had made it up and shared it because they presumably thought it’d get a laugh.

But you see, going back to the book and looking up the quote would’ve been time-consuming.  It was far easier just to assume it was genuine and participate in sharing it.

What about you?  How stringent are your authenticity checks when sharing memes and the like?


Because mine are certainly far stricter now.